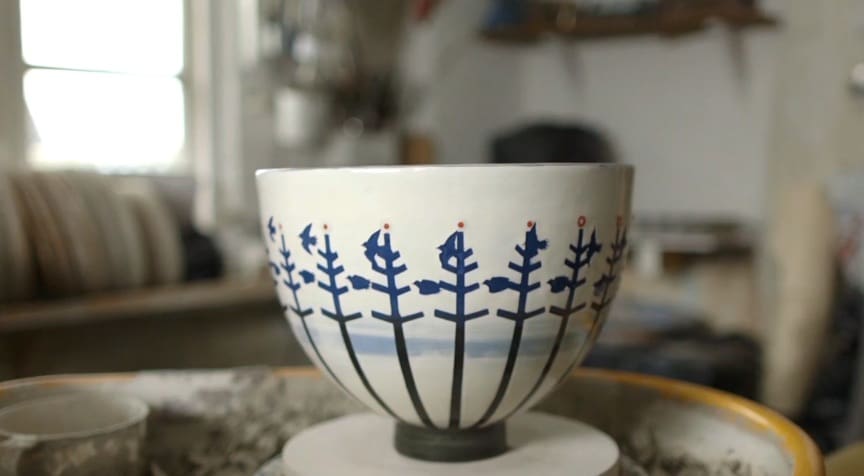 A film by Jim Le Fevre, Mike Paterson and Roops and Al Johnstone (RAMP ceramics), commissioned by the Crafts Council.

Jim Le Fevre is one of the makers featured in the Crafts Council touring exhibition Real to Reel: film as material in making.

Real to Reel presents makers’ films which are artworks in their own right. Jim Le Fevre presents ‘Turntable’ and ‘Heavy Pencil’, which uses a digital camera and record deck to clever effect to create contemporary incarnations of the zoetrope, a traditional method for creating animation dating back to the 1830s. For more information on the Real to Reel tour visit craftscouncil.org.uk

Help us to support other makers like Jim, Roops, and Al across the UK.
Give the next generation of makers the change to animate their dreams by donating £10 today! craftscouncil.org.uk/donate

It works on the idea of the zeotrope. 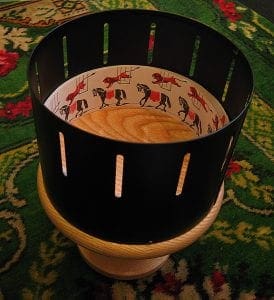 A zoetrope is one of several pre-film animation devices that produce the illusion of motion by displaying a sequence of drawings or photographs showing progressive phases of that motion. It was basically a cylindrical variation of the phénakisticope, suggested almost immediately after the stroboscopic discs were introduced in 1833. The definitive version, with easily replaceable picture strips, was introduced as a toy by Milton Bradley in 1866 and became very successful.