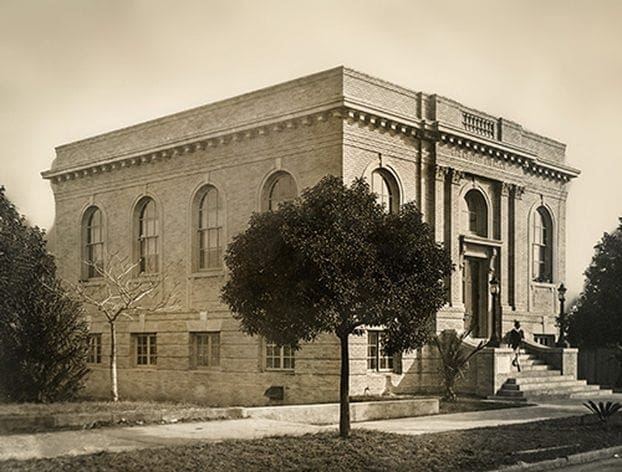 The Gulfport Galleria of Fine Art is located in the Historic Carnegie Library and has artwork from more than 30 local artists and craftsmen. They are 501c3 cooperative and are open Tuesday – Saturday, but this coming Friday they are hosting their annual Gala with special guest artists Betsi Burgess and Dusty Domino.

They are located at 1300 24th Avenue in Gulfport in the historic Carnegie Library. The Library building was opened in November 1916. Originally there was a time capsule stored on the left side of the entrance stairway, but it was lost. The children’s section was on the ground floor.

The Gala is hosted by the Historical Society of Gulfport, Gulfport Main Street Association and other generous sponsors. It will be held this Friday from 5:30pm until 8.

David and I will be at the event to introduce our pottery and we hope you can join us there.

I did a little research on the pronunciation of the word Carnegie and found this cute video. I guess it depends on whether you are from New York or Scotland.