Kintsugi the art of imperfection 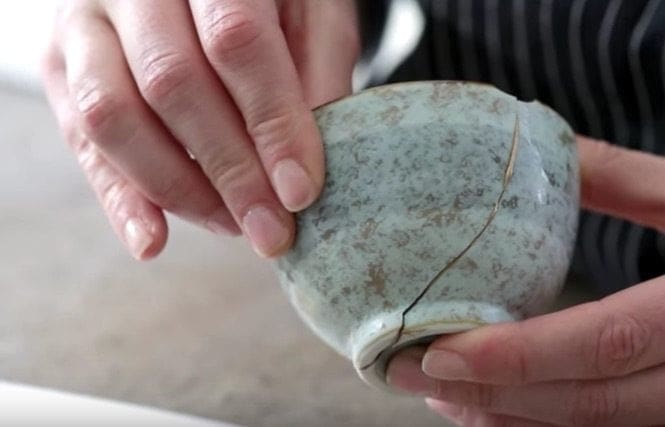 In ancient times, kintsugi craft was applied to simple housewares using lacquer dusted with gold, silver or platinum. Recovered pottery was appreciated as works of art, while their “scars” were seen as precious “landscapes” rather than flaws.

Kintsugi can relate to the Japanese philosophy of “no mind” (mushin) which encompasses the concepts of non-attachment, acceptance of change and fate as aspects of human life.

Not only is there no attempt to hide the damage, but the repair is literally illuminated… a kind of physical expression of the spirit of mushin….Mushin is often literally translated as “no mind,” but carries connotations of fully existing within the moment, of non-attachment, of equanimity amid changing conditions…Christy Bartlett, Flickwerk: The Aesthetics of Mended Japanese Ceramics
<script async defer src="//assets.pinterest.com/js/pinit.js"></script><a data-pin-do="embedPin" data-pin-width="medium" href="https://www.pinterest.com/pin/19421842121912564/"></a>